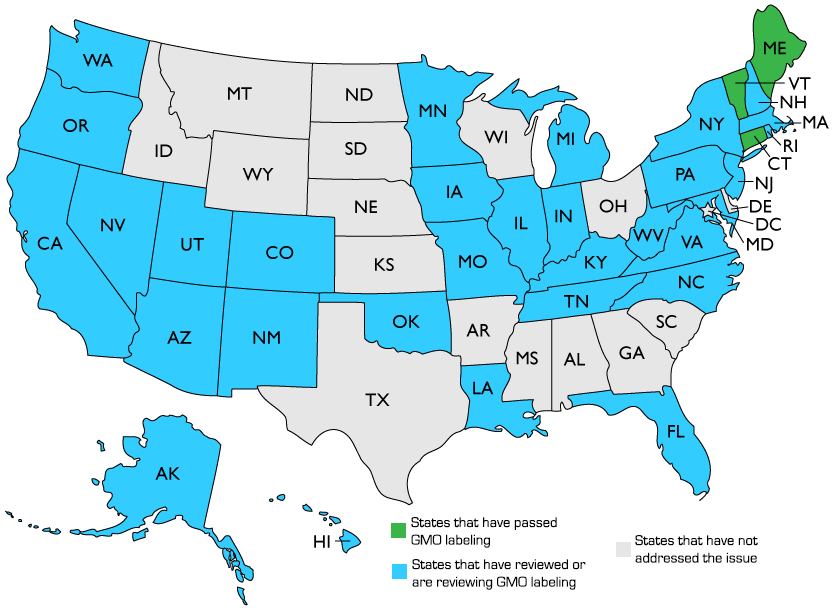 9 out of 10 americans want to know whats in their food! The defeat of the Dark Act is a win for consumers. Today the Senate took a step in the right direction by blocking the Dark Act which is  trying to deny people the right to know about the presence of GMOs. Under the Roberts version of the bill we call the Deny Americans the Right Know, or DARK Act, people would have to call a different toll-free number or visit a website for each and every product with no guarantee GMO information would even be available.

It’s ABSURD to expect the American people to wait on hold in grocery aisles or to fumble through websites on mobile phones to find out what’s in their food. Adding a QR code, or a website will not cut it. We want proper labeling!

Here’s the article on the issue, I think it’s absolutely worth the read.

Today, the Senate did the right thing and did not advance a bill from Sen. Pat Roberts (R-Kan.) that can best be described as the Denying Americans the Right to Know (DARK) Act. The bill would have prevented states from requiring labeling of genetically engineered (GMO) foods and stopped pending state laws that require labeling to go into effect. 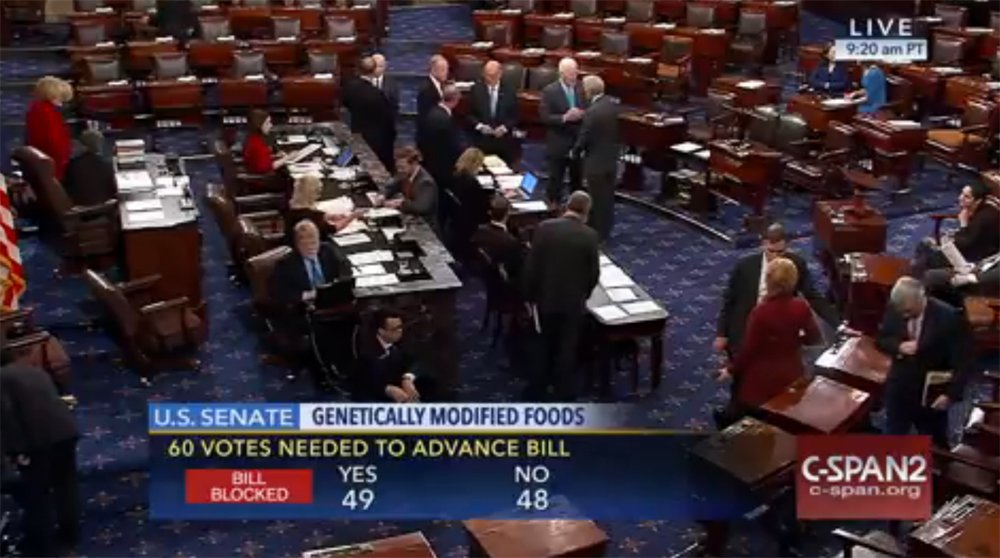 Many Senators properly noted that this bill fails to solve the problem it claims to fix. Instead, by blocking state laws from going into effect and replacing them with voluntary measures and impractical alternatives to labeling, it would have ensured that big food processing companies and the biotechnology industry continue to profit by misleading consumers.

Another common message from many Senators was the need to continue negotiating about the contents of this bill. But more compromise will not fix the problem at the core of Sen. Roberts’ approach: Blocking state laws that require GMO labeling will strip away the ability of states to protect the public’s right to know what is in its food. Any version of this bill that would result in anything less than mandatory on-package labeling is unacceptable.

People want to know if the food they buy contains GMO ingredients. It’s time for Congress to create a mandatory on-package labeling requirement so people can decide for themselves whether they want to eat a food that has been produced using genetic engineering.

The majority of Americans support labeling for GMOs and will hold their elected officials accountable if they vote to strip away transparency about how their food is produced. We urge the Senate to continue to reject bills that would block state labeling laws.

Here is the link to the original article – http://ecowatch.com/2016/03/16/senate-rejects-dark-act-gmo-labeling/