How Far Will They go to Hide The Truth?

Unless you have been living under a rock, you’ve likely heard that Vaxxed: From Cover-Up To Catastrophe was pulled from the Tribeca Film Festival.

We hadn’t even finished celebrating the announcement that Robert De Niro had stood up for the film included in when the powers that be made sure that this film was deleted, unseen.

Now without anyone even getting the chance to see it, they are discrediting the film.

Andrew Wakefield has endured more public attacks than any single person I know. I was so happy to see his film get accepted, so heartbroken to once again see the rug pulled out from under him.

I filmed a 2 minute short with Andy a little while back. I thought I’d send it to you to give some context for the current uproar. No one in traditional media seems to even be willing to look at the facts, so please WATCH and SHARE this short 2 minute video.

Here’s a 2 minute short that will help give some context for the discussion. 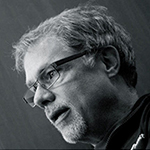